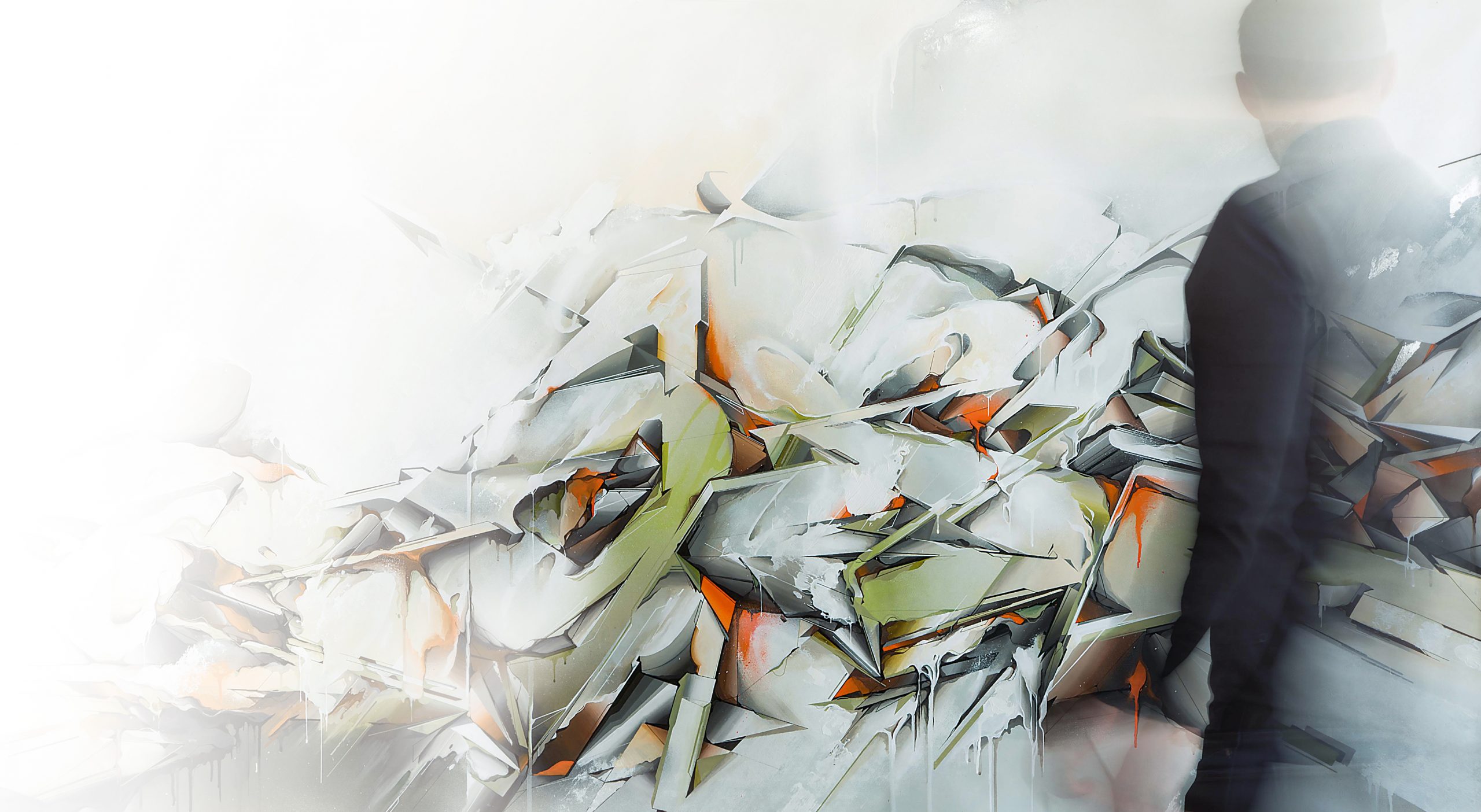 Perfecting his craft since 1997, DOES is a multidisciplinary international artist recognised for his dizzying choice of colours, clean style and eye for detail.

Taking root in graffiti art, traditional letterform is DOES’s primary love. He maintains that different hand styles betray elements of their owners’ emotional landscapes, putting personality traits subconsciously on display. Using the letters D, O, E and S as a foundation, he continues to elevate these etchings to new heights. Through an explosion of colour and shape, letters assume narrative.

DOES’s continuous search to innovate and perfect his work display his disciplined nature. Dedication, focus and self-restraint are engrained in him after living the life of a professional soccer player until the age of 28. This path was set at the age of 9 when he was selected to train with the youth selection of one the Netherlands’ professional soccer clubs. As an outlet to his existence in the public eye, he lived a double life as an aspiring graffiti artist.

While home alone, couch-bound and recovering from numerous injuries, his talent continued to develop in elaborate drawing sessions. When he was forced to give up his career due to injury, it presented a new opportunity: the chance to focus solely on his art. Having already committed many underground years to the graffiti scene, he quickly carved out a reputation as one of the best exponents of the craft.

Through the years he developed a highly recognizable style which has become a mix of influences from old-school writers and his own research. In his drawings and paintings you can discover the roots of 3D lettering, but you can also be surprised by his patient research of well balanced color schemes and his capacity of controlling the purity of outlines. As Phase 2 wrote in his Style Writing from the Underground manifesto in 1996: ‘Writing is centered on names, words and letters. Combined with the objective of their execution, this creates the product and the overall make up of the writer’. DOES perfectly understood this process and calmly researched his own style, which can be seen as a kind of controlled dripping. His letters, with their dizzying colour schemes, are stretched so much that they seem to release their energy and spread drips all over the wall.

Although his style is pure, DOES doesn’t want to be bound by what some call the graffiti rulebook. Self-taught, his inspiration is derived from day to day experiences and also from extensive travel abroad. His art is now featured in collections across the globe.

Over the years, Does’s work has diversified into illustrative drawings, prints, canvasses, paper collages and urban sculptures. No matter the medium, his work breathes exuberance – bright, dynamic and full of energy.

To make his body of work future proof, DOES uses the blockchain as a new frame in which his artworks are eternalised to live on forever as digital art in a virtual world.